Confirmed - Ford GT is the fastest production Ford ever 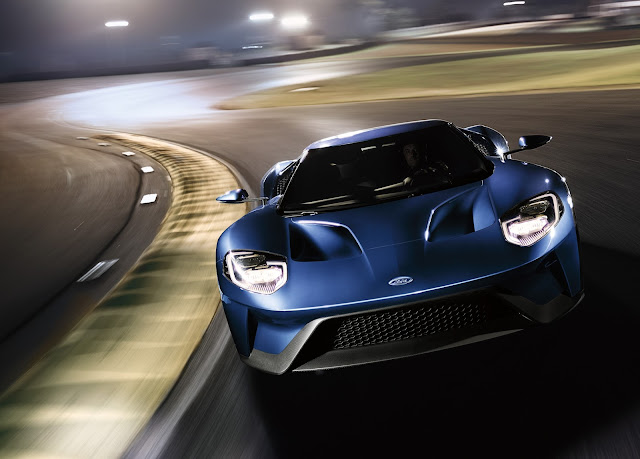 It's finally been officially confirmed. The Ford GT delivers the highest top speed and the fastest lap times on the track of any production Ford ever.

Strong power-to-weight ratio coupled with the most advanced active suspension system in the segment gives Ford GT the edge in lap times versus the competition.

Fully active dynamic systems provide optimum downforce, drag and balance at any speed –making the car faster for drivers of all skill levels.

Delivering the highest output of any EcoBoost production engine to date, the new Ford GT couples its extraordinary power with impressive aerodynamic efficiency and advanced active dynamics to achieve a maximum speed of 347 km/h (216 mph) – making it the fastest Ford production vehicle on the track ever.

Ford’s all-new supercar is designed and optimised for track performance to honour its racing heritage. In 2016 development testing, with all contenders track-prepped with new fluids, fresh tyres and optimal suspension settings, in identical conditions and with the same driver behind the wheel, Ford GT outperformed both the McLaren 675LT and Ferrari 458 Speciale at Calabogie Motorsports Park in Canada:


“The Ford GT is all about performance. We achieved considerable weight savings with the carbon fibre architecture. We then reinvested some of that savings into where it counts most – performance, specifically, the active dynamics. The result is an even faster car.”

SAE rated at 647 horsepower and 550 lb.-ft. of torque in U.S. specification, Ford’s new high-output 3.5-litre V6 engine produces the highest most horsepower of any EcoBoost production engine ever, making Ford GT the fastest production car ever to wear the Blue Oval badge. The engine’s wide powerband produces 90 per cent of its peak torque from 3,500 rpm.


“Our expectation has always been that the EcoBoost V6 would perform exceptionally well in the
Ford GT – both in terms of power as well as aerodynamic efficiency. We tested and developed this powertrain through the Daytona Prototype race car that ran in IMSA for two seasons, last season racing with Ford GT. We are extremely pleased with how it performs, both on the track and on the road.”


Ford GT’s dryweight is less than 1,400 kg, which places the supercar between its two primary competitors, the McLaren 675LT and Ferrari 488. Ford GT’s power-to-weight ratio is 2.14 kg per horsepower in U.S. specification.

The active dynamic systems – for both suspension and aerodynamics – are designed to make the car perform with optimum downforce, drag and balance at any speed, creating a faster setup regardless of driver skill.

Ford GT, with no excuses to give, has proven itself time and again, racing to class wins at Le
Mans and numerous other tracks in both IMSA and WEC last season. The production Ford GT
shares a great deal with the high-performance track version, with advanced aero and suspension features taking performance to new heights. 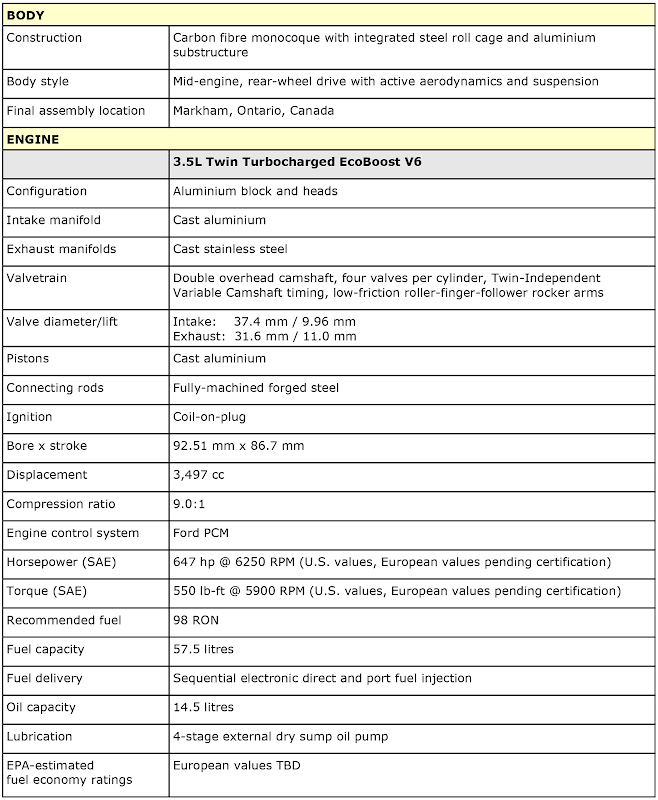 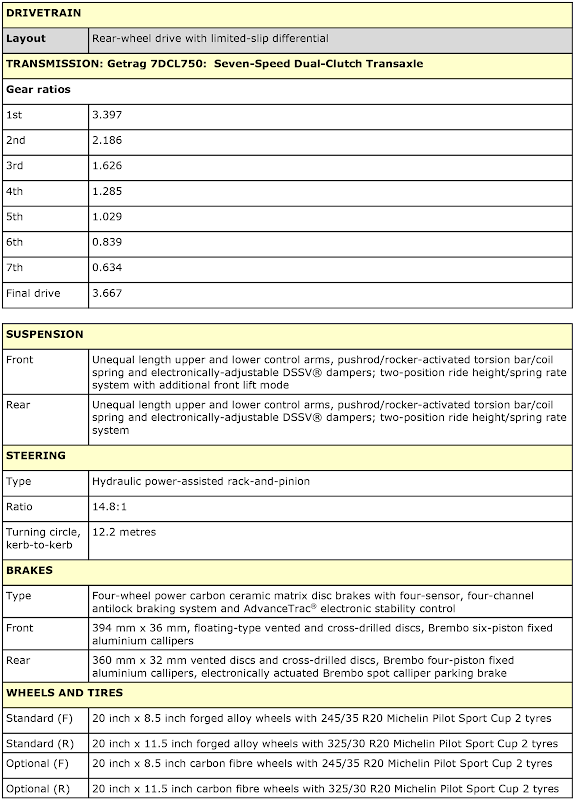 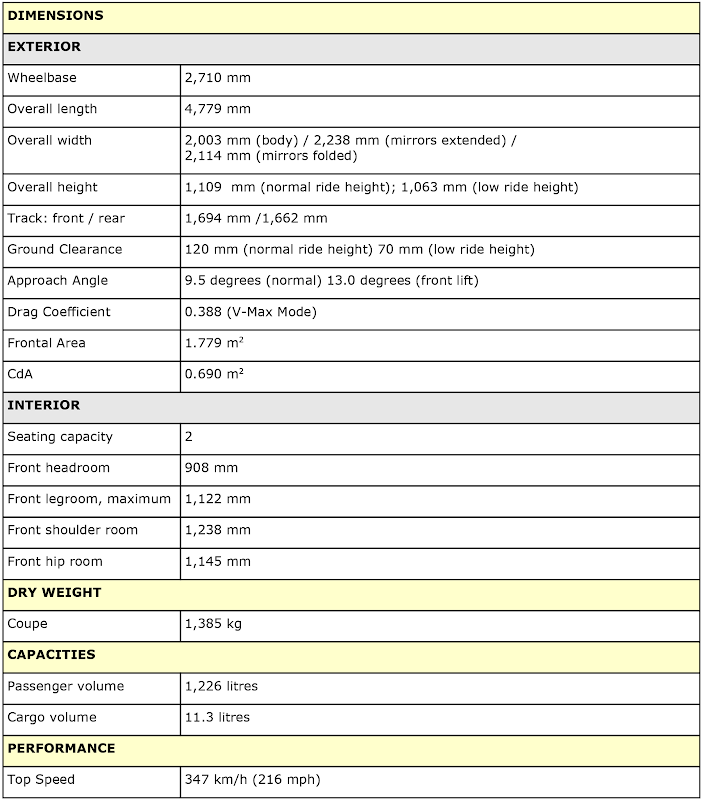